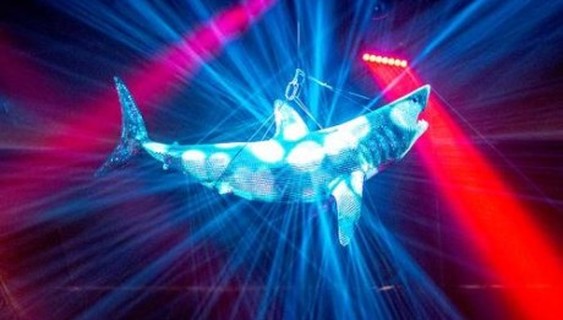 Internationally known artist Kevin McHugh creates a fund to help save real sharks with "Disco Shark"! This mirrored larger than life shark art sculpture appears at Coachella, famous night clubs in NYC and the Hamptons! We use the awareness and donations Kevin creates with "Disco Shark" to save real sharks by helping to fund conservation films and expedition programs! Kevin's recent partnership with Shark Team One and Oceana was endorsed by "Shark" Daymond John, has been written up globally and even been seen on Extra TV!

Check out the press in Movement Magazine and the video on Extra TV below: