Angela Smith, Founder of Shark Team One - Biography and Mission 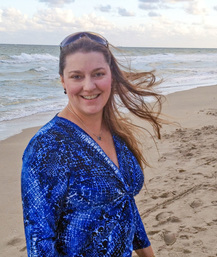 I am a marine conservationist, researcher, explorer, photographer, filmmaker, writer, educator and entrepreneur specializing in shark conservation, science and technology. I am also the founder and president of Shark Team One.

By training citizen scientists and conservationists through ambassadorship and educational expeditions as well as providing a means for scientists to conduct funded shark research in the field, I am working to bring awareness to dwindling worldwide endangered species populations. Traveling to destinations like Mexico, the Caribbean, Bahamas and Arctic, I work with non-profit organizations, scientists, governments and filmmakers to study and document endangered species and ocean ecosystems.

As an underwater photographer my work appears in gallery exhibits, publications and is used by conservation groups worldwide to highlight the need for ocean action. I'm honored to mention that in 2015 I was inducted into the prestigious Ocean Artists Society (OAS). As a documentary filmmaker my work has won awards at numerous national and international film festivals such as BLUE Ocean Film Festival, Fort Lauderdale International Film Festival, Wildlife Conservation Film Festival, Jackson Hole Science Media Awards and Jackson Hole WILD Living Oceans Film Showcase in partnership with CITES and United Nations Development Program.

Recognition and awards for my work in conservation include; “Community Leader – Ocean Environment Award” from National Week of the Ocean for “Creation of a South Florida presence via community events for awareness of dwindling worldwide shark populations", Blue Ambassador of the Year nomination and finalist for “Significant contributions in South Florida marine conservation", selected to attend PERC’s 2015 Enviropreneur Institute in Bozeman, MT (as a PERC Enviropreneur Fellow) and I am a supported researcher with the S.E.E. (Science, Exploration, Education) Initiative, supported by sponsors such as National Geographic, Sofar Ocean Technologies and Avatar Alliance Foundation.

Recently I have been honored to lead Shark Team One to be a Microsoft AI for Earth grantee as well as a Disney Conservation Fund grantee and have been recognized as a global leader with an Indianapolis Prize nomination for global endangered wildlife conservation.
​
As you go through the Shark Team One website you will learn about our mission, programs, goals, accomplishments and many of the research, educational and conservation outcomes we have achieved.

Many species of sharks will be extinct in just the next few decades and we need to do everything in our power to prevent this. I have a passionate desire to secure what is left of our valuable ocean resources and have a personal mission statement that corresponds to the goals of my organization.

Problems facing the world’s oceans are a global concern so in the coming years we are going to need scientists, conservationists and entrepreneurs who not only have specific areas of expertise but can act across different disciplines in ocean conservation. They will need to create concepts, build products and facilitate educated and caring global communities. I consider myself one of those people and am excited to be a mentor for up-and-coming ocean advocates everywhere.

Let's make a difference together! See you out in the field and Fins UP!
Proudly powered by Weebly